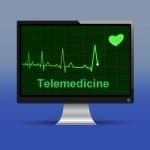 The Florida Board of Medicine has published an update regarding telemedicine standards that took effect on Oct. 26, 2014.

The new Rule 64B8-9.0141, Florida Administrative Code, defines what telemedicine is and what physicians are not permitted to do. It states: “Telemedicine shall not include the provision of health care services only through an audio only telephone, email messages, text messages, facsimile transmission, U.S. Mail or other parcel service, or any combination thereof.”

The rule notes that regardless of whether a Florida licensed physician or physician assistant provides healthcare in person or by telemedicine, “the standard of care will remain the same.”

In addition, those providing healthcare via telemedicine are responsible for the quality of the equipment and technology used.

More importantly, the new rule further clarifies a matter that the Board of Medicine struggled with earlier this year – the prescribing of controlled substances.

On April 30, 2014, the board passed an emergency rule that clarified that the ordering of controlled substances for hospitalized patients through the use of telemedicine would not be precluded by Rule 64B8-9.0141(4). The emergency rule was passed after physicians became concerned about their ability to order controlled substances through the use of telemedicine for their hospitalized patients.

The new rule, which went into effect on Oct. 26, serves to further solidify the matter by stating that while controlled substances shall not be prescribed through the use of telemedicine “This provision does not preclude physicians from ordering controlled substances through the use of telemedicine for patients hospitalized in a facility licensed pursuant to Chapter 395, F.S.

It adds that “Prescribing medications based solely on an electronic medical questionnaire constitutes the failure to practice medicine with that level of care, skill, and treatment which is recognized by reasonably prudent physicians as being acceptable under similar conditions and circumstances, as well as prescribing legend drugs other than in the course of a physician’s professional practice.”

A recently released report by BCC Research suggests that the global market for telemedicine technology will grow to $43 billion by 2019. With telemedicine’s increasing popularity, it’s important for both physicians and the companies providing telemedicine services to understand the rules governing the practice of telemedicine. Discussing these matters with knowledgeable legal counsel is key to keeping ahead of the ever-changing rules and regulations.