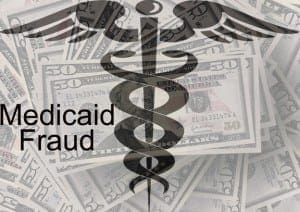 Home healthcare agencies and home healthcare aides topped the list of providers with the largest number of healthcare fraud convictions in 2014, according to a report released last month by the HHS Office of the Inspector General.

Criminal convictions of home healthcare aides represented 30 percent of all Medicaid Fraud Control Unit (MFCU) criminal convictions; up from 26 percent in 2013. Most commonly, home health care aides were convicted of fraud, often for claiming to have rendered services that were not provided, according to the report.

The government recovered $12 million from convictions of home health care aides and another $546,790 from 21 civil settlements and judgments.

Cases of patient abuse and neglect included aggravated assaults, injury to elderly or disabled persons, and theft of patient funds. The report cites as an example the investigation of the owner of an adult family care home in Florida for allegations including neglecting residents, failing to provide medical services for a resident’s wounds, willfully abusing a disabled adult, and financially exploiting residents. The owner was convicted and sentenced to more than 8 years in prison.

Of the 874 civil settlements and judgments obtained by the MFCU, most involved pharmaceutical manufacturers, pharmacies, and suppliers of durable medical equipment. Cases involving pharmaceutical manufacturers accounted for about half (52 percent). Pharmacies were the second most common provider type for civil settlements and judgments while durable medical equipment were the third most common

Individuals and entities convicted of a program related crime are excluded from federally funded healthcare programs – usually Medicare and Medicaid. That means that no payment is made for items or services provided or prescribed by that entity.

Being excluded from Medicare and Medicaid can have a devastating impact on an individual provider’s career and finances. It can severely limit employment opportunities. For example, an excluded individual is prohibited from serving in an executive or leadership role (i.e. CEO, CFO, general counsel, director of health information management, director of human resources, physician practice office manager, etc.) at a provider that furnishes items or services payable by federal health care programs. In addition, an excluded individual may not provide health information technology services and support, strategic planning, billing and accounting, staff training, and human resources, unless entirely unrelated to federal health care programs.

You can read more about what such exclusion can mean to your practice by clicking here.

The Health Law Offices of Anthony C. Vitale represents home health agencies as well as other providers in a number of different matters including fraud and abuse defense. If you have any questions relating to this, or other healthcare related matters contact us at 305-358-4500.