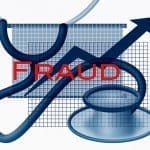 The Eleventh Circuit Court of Appeal recently affirmed a 20-year prison sentence for the owner of a Miami home healthcare business who was found guilty of Medicare fraud.

Dora Moreira, the owner and operator of Anna Nursing Services Corp., was accused of bilking Medicare out of $7 million.

The appellate court found that Moreira, who was the sole owner of the home health agency, had plenty of opportunity to defend herself and that her sentence fell well within federal guidelines. Moreira had argued that she did not get a fair trial because the trial court judge shortened a list of 75 witnesses, would not allow certain evidence to be admitted, and failed to follow proper sentencing guidelines.

Moreira was one of 24 South Florida residents charged in May 2013 for their alleged participation in various schemes to defraud Medicare out of more than $45 million.

The charges against Moreira were part of a nationwide takedown by Medicare Fraud Strike Force operations in eight cities that resulted in charges against 89 individuals, including doctors, nurses, and other licensed professionals, for their alleged participation in Medicare fraud schemes involving approximately $223 million in false billings.

A grand jury returned a 12-count indictment against Moreira and two co-defendants charging them with various Medicare fraud and money laundering violations.

During her trial Moreira denied any knowledge of participating in a Medicare fraud kickback scheme.

The government crackdown on Medicare fraud and abuse will not go away. Once caught up in a government investigation, providers can find that their billing privileges are revoked. That means they can’t bill for services, even through the appeals process.

We represent healthcare professionals in state and federal court who are charged with fraudulent billing, kickbacks, Medicare and Medicaid fraud and false claims, among others.

Ignorance is not a defense in today’s healthcare environment. Our team of highly skilled attorneys and consultants are here to help you before you become the focus of an investigation and will aggressively defend you should you become the target of one.