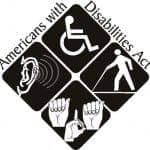 On January 16, the U.S. Department of Justice announced that it reached a settlement with Genesis Healthcare System in Ohio as part of its Barrier-Free Health Care Initiative.

The healthcare system was alleged to have discriminated against a woman diagnosed with HIV after one of its primary care physicians refused to accept her as a new patient, despite the fact that she was seeking medical care that was unrelated to her HIV status.

The Barrier-Free Health Care Initiative is a partnership of the Justice Department’s Civil Rights Division and U.S. Attorney’s offices across the nation. It was created to target enforcement efforts on a critical area for individuals with disabilities.

Four of the cases settled last year involved a healthcare provider’s failure to ensure effective communications with deaf or hearing-impaired patients. The fifth involved a pharmacist’s denial of a flu shot to a customer because of his HIV status. Since the program was initiated, 26 healthcare providers around the country have reached settlement agreements.

Under the most recent settlement agreement with Genesis, the Ohio-based healthcare system must pay the victim $25,000, along with another $9,000 civil penalty. It also must train its staff about the ADA and develop and implement a non-discriminatory policy as well as report to the Justice Department every time a patient with HIV, or someone suspected of having HIV, is denied treatment or discharged as a patient, along with written justification for that decision. Click here to read the settlement agreement.

Most of the cases brought against providers have been the result of complaints filed by patients. As a result, healthcare providers should be aware of their obligations to provide services to patients under the Americans with Disabilities Act and the Rehabilitation Act. They should make sure that staff is fully trained on how to deal with patients and to put systems in place to make sure that all requirements are being met. Failure to do so can result in litigation and high-dollar figure settlements.

Healthcare providers who are not aware of what their obligations are should consult with their attorney who can help them take the steps required to be in compliance.