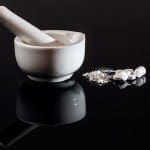 Earlier this month, federal authorities seized more than $18 million from the owners of the Massachusetts compounding pharmacy that was at the center of a meningitis outbreak in 2012 that killed 64 people across the country.

It was just the latest in a string of federal government crackdowns on the now-shuttered New England Compounding Center in Framingham where employees have been accused of using expired ingredients and failing to follow cleanliness standards, which resulted in tainted steroid injections.

The case prompted new rules and regulations across the country designed to govern compounding pharmacies that make specialized formulations of drugs for patients that aren’t generally available.

The tragedy shed a spotlight on the fact that, over the years, compounding pharmacies had gone largely unregulated. The regulation of compounding has primarily been left up to individual states, while the manufacturing of drugs falls under the Food and Drug Administration’s purview.

A report by The Pew Charitable Trusts released in November found that “dramatic expansion of the sector in recent decades has resulted in production conditions on a scale closer to pharmaceutical manufacturing yet without the same oversight or quality standards.” The report went on to note that since 2001, more 25 pharmacy compounding errors have been associated with 1,049 adverse events, including 89 deaths.

The report highlights the fact the state-based regulatory system no longer is adequate to handle the increase in the growth of the pharmacy compounding industry, which, as evidenced by what happened in Massachusetts, not only poses a potential threat to the public, but also puts compounding pharmacies at greater risk of becoming the target of a criminal investigation.

As we wrote about in October, Florida passed a new and stricter law relating to the state’s compounding industry. The law adds restrictions for compounding pharmacies and outsourcing facilities that ship medications to Florida. It also provides Florida’s Board of Pharmacy and Department of Health with additional oversight and power to penalize these companies, including the authority to inspect a pharmacy or sterile compounding facility.

While federal and state lawmakers and regulators have worked to close some of the gaps in regulation of the industry, much still needs to be done to ensure that what happened in Massachusetts does not happen again.

The attorneys at the Health Law Offices of Anthony C. Vitale are well positioned to provide legal counsel and representation to compounding pharmacies as they attempt to maneuver through the complex web of existing and new laws and regulations on the state and federal level. Not only can we help clients to avoid pitfalls, but we also can provide defense in the event of an adverse event.