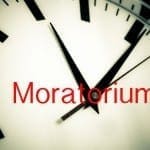 The Centers for Medicare and Medicaid Services (CMS) is continuing its crackdown on fraud and abuse and South Florida providers are, not surprisingly, on its hit list.

After consulting with the U.S. Department of Health and Human Services Office of Inspector General and Department of Justice, CMS said it determined that fraud trends warranted a moratorium. Other cities targeted in the home health moratorium include Detroit, Dallas and Houston. Miami-Dade and Monroe counties and Chicago are seeing six-month extensions of current moratoria.

“Existing providers and suppliers can continue to deliver and bill for services, but no new provider and supplier applications will be approved in these areas,” CMS said in a news release.

The six-month extension of the moratoria in these areas and the imposition of new moratoria in the additional counties were announced in a notice issued in the Federal Register.

CMS was granted authority to impose the temporary enrollment moratoria under the Patient Protection and Affordable Care Act as a way to combat fraud and waste. It began using its new power in July 2013.

Once a six-month moratorium is issued, CMS can continue the moratorium in six-month increments if it determines the risk for fraud or abuse persists with respect to the particular provider type and/or geographic location.

The Health Law Offices of Anthony C. Vitale represents home health agencies in a number of different matters including fraud and abuse defense. If you have any questions relating to this, or other healthcare related matters contact us at 305-358-4500.