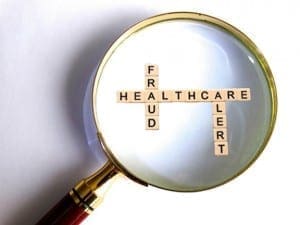 If you are thinking of taking on medical director responsibilities, or you are a medical director, there are some things you need to know to ensure that you do not run afoul of kickback laws.

On June 9, the OIG issued a fraud alert noting that physicians who enter into compensation arrangements, such as medical directorships “must ensure that those arrangements reflect fair market value for bona fide services the physicians actually provide.”

The warning is nothing new: The OIG has been cracking down on these relationships for years. What is new is that with this alert comes with what appears to be the promise of increased enforcement and oversight of such relationships between doctors and the facilities that hire them as medical directors.

The latest alert was predicated on a recent settlement that OIG reached with a dozen physicians who entered into questionable medical directorship and office staff arrangements. OIG alleged that the compensation the physicians received under their medical directorship arrangements amounted to improper remuneration under the anti-kickback statute because (a) the physicians payments took into account the number and value of referrals they provided (b) the compensation did not reflect fair market value for the services to be performed and (c) the physicians did not provide the services called for under the agreement.

In addition, OIG alleged that some of the physicians entered into agreements under which an affiliated healthcare facility paid the physician’s front office staff, which constituted improper remuneration.

Being a physician medical director can legitimately increase a physician’s compensation package by thousands or even tens of thousands of dollars. However, it is imperative that if you take on the title that you be prepared to provide the facility with critical support. Duties can range from regularly attending meetings to strategic oversight and development. While the roles and responsibilities of medical directors vary, someone with that title should be taking an active role in overseeing medical care, ensuring that healthcare providers and staff at the facility receive proper training and that they identify and address problems as they arise.

For those hiring, a medical director’s agreement should be in writing and should specifically outline the services that will be performed, as well as the qualifications required. There should be oversight to ensure that the duties outlined are performed and that payment is not based on referrals. Compensation should always be based on fair market value and supported by a fair market value opinion.

In the case of the 12 physicians who entered into questionable medical directorships, OIG determined they were an integral part of the scheme and therefore subject to liability under the Civil Monetary Penalties Law.

Anyone who commits fraud involving federal healthcare programs faces possible criminal, civil and administrative sanctions. In today’s highly regulated healthcare environment, it is more important than ever to know what constitutes a violation of the law. If you have questions about your medical directorship arrangement, contact The Health Law Offices of Anthony C. Vitale. Our team of experienced professionals can help you through the process.