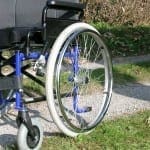 The Centers for Medicare & Medicaid Services (CMS) has announced the new bidding timeline for Round 2 recompete and the national mail-order recompete of the Medicare Durable Medical Equipment, (DME) Prosthetics, Orthotics and Supplies (DMEPOS) Competitive Bidding Program.

On Nov. 6, CMS published a final rule that made significant changes to Medicare payment policies for DME and DMEPOS. Most notably, the rule finalizes a new method for adjusting Medicare DMEPOS fee schedule payment amounts across the country using information from the Medicare DMEPOS Competitive Bidding Program.

The program changes the amount that Medicare pays for certain DMEPOS and replaces outdated fee-schedule prices with what CMS says is lower and more accurate prices. This was designed to save money and limit fraud and abuse.

So far, CMS says the program has saved more than $580 million in the nine markets at the end of Round 1. At the end of the first year of Round 2 Medicare has saved approximately $2 billion.

However, critics have charged that the process is more like price fixing than competitive bidding because CMS assigns prices between the lowest and highest bids for home medical equipment. As a result, earlier this month bi-partisan legislation was filed in the Senate that lawmakers say will fix the problem by closing loopholes in the system. Specifically, they have alleged that the system allows bidders to submit low-ball bids which skews reimbursement amounts.

Among other things the legislation would:

CMS is required by law to recompete contracts at least once every three years. Suppliers must then compete to become a Medicare contract supplier by submitting bids to provide certain items in competitive bidding areas. The new, lower payment amounts resulting from the competitions replace the fee schedule amounts for the bid items in these areas.

In addition to the new timeline, CMS also launched a comprehensive bidder education program. The program is designed to ensure that those DMEPOS suppliers interested in bidding receive the information and help they need to submit complete bids in a timely manner