New vs. Established Patient Billing: Are You Doing It Properly? 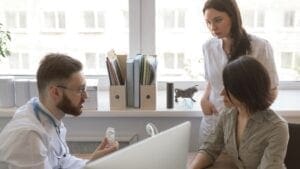 It’s no secret that the Department of Health and Human Services Office of the Inspector General (HHS OIG) has been scrutinizing how Medicare pays providers for new and established patients.

Such scrutiny has resulted in providers having to pay back millions for incorrectly billing for a new patient visit when the visit should have been billed as an established patient.

Physicians can’t bill a new patient code unless the patient is new to the practice, meaning that the patient has not received any professional services, such as evaluation and management (E/M) or other face-to-face services, or is new to a different specialty/subspecialty in the same practice within a three-year period. New patient codes are reimbursed at a higher rate than established patient codes because of the additional time spent on a comprehensive examination and history.

The same holds true for practices that have either been acquired by a hospital or that merged with another healthcare group because patients attach to a physician’s national provider identifier (NPI).

In recent months, several healthcare entities have been caught up in the OIG’s crackdown on new vs. established patient billing errors.

Case in point: Last month, a Baltimore, Md. healthcare system agreed to pay nearly $123,000 to resolve allegations that it had violated the False Claims Act by billing for evaluation and management services at a higher reimbursement rate than the federal healthcare program allowed.

According to a press release, in June 2011, St. Agnes Healthcare acquired Maryland Cardiovascular Specialists, a 12-member cardiology practice. The physicians then became employees of the healthcare system. From the time of the acquisition, through June 3, 2014, it was alleged that St. Agnes submitted claims to Medicare using new patient codes for patient evaluation and management when, in fact, they should have been using existing patient codes. As a result, St. Agnes improperly received more reimbursement than it was supposed to receive under the Medicare program.

The civil settlement grew out of a whistleblower suit filed by Jonathan Safren, a former cardiologist employed by St. Agnes. In that complaint, he alleged the hospital’s compliance director told providers “to bill the next office visit made by each of their established patients under the CPT code for a new patient visit, regardless of whether the patients had been seen by the physician in the previous three years.” As the whistleblower, Safren, who left the practice, will receive $20,000.

On June 16, 2017, UMass Memorial Medical Center, Inc. entered into a $441,047.36 settlement agreement with OIG. The agreement resolves allegations that UMass submitted claims for “new patient” evaluation and management outpatient clinic visits using Healthcare Common Procedure Coding System (HCPCS) codes 99203-99205 when the patients were “established patients.” The OIG noted that UMass should have submitted those claims using the lower-paying HCPCS codes 99213-99215. On the same day, it was announced that, Boston Medical Center Corporation entered into a $313,246 settlement agreement with OIG resolving the same allegations.

This is not an issue that will go away any time soon. Providers would be well advised to make certain that they are properly billing and coding new vs. established patient visits. The Health Law Offices of Anthony C. Vitale can assist you with coding and compliance issues. Call us at 305-358-4500 or send an email to info@vitalehealthlaw.com and let’s discuss how we might be able to help.