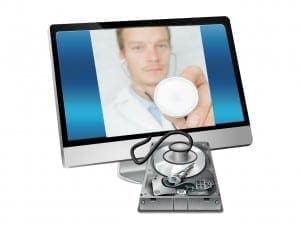 While the days of the Marcus Welby house call have, for the most part, been relegated to the history books, technology has spawned another kind of house call – telemedicine. Although the use of electronic communications between doctor and patient has been gaining ground in recent years, many barriers to treatment via telemedicine continue to exist depending on where it is being practiced.

Late last month, Teladoc, a Texas-based telehealth company, won a victory against the Texas Medical Board when a federal judge denied the board’s motion to dismiss Teladoc’s antitrust complaint filed against the board in April 2015.

The lawsuit was filed in response to new restrictions that the board imposed on the practice of telehealth in Texas. The rule requires physicians to either meet with patients in person before treating them via telemedicine or treat them face-to-face using telemedicine while other providers are present in the room with them when the patient is being treated for the first time.

Teladoc argued in its lawsuit that the board’s rule would restrict the company’s ability to compete, which in turn would result in higher medical costs and less access to healthcare. Teladoc noted that the Texas Medical Board had taken a number of prior actions “to try to block competition from Teladoc dating back to 2009 “when telehealth providers, and in particular Teladoc, began to expand in scale” and “the competitive threat to traditional office- and hospital-based physicians became clear.”

In May, after the Texas Medical Board’s restrictions were imposed, the federal court awarded Teladoc an injunction to keep the restrictions from taking effect. The court’s actions suggest that it sees merit in Teladoc’s arguments.

Although this case is specific to Teladoc and the Texas Medical Board, many other states, including Florida, are looking at ways to regulate telemedicine. In October 2014, the Florida Board of Medicine published new rules defining what telemedicine is and what physicians are permitted to do.

A May 2015 report by the American Telemedicine Association found that while states are increasingly using telemedicine to fill provider shortage gaps and ensure access to specialty care, 15 states and Washington, D.C. do not specify the type of healthcare provider allowed to provide telemedicine as a condition of payment, while 19 states ranked the lowest with failing scores for authorizing less than nine health provider types. Florida, Idaho and Montana ranked the lowest with coverage for physicians only.

According to the Center for Connected Health state legislators in 42 states introduced 200 bills addressing telehealth as of 2015.

As technology continues to increase the number of treatment options available it’s likely we will continue to see legal battles, like the one being waged in Texas, increase.

The Health Law Offices of Anthony C. Vitale can assist your practice with establishing various types of telemedicine, telehealth and telemetry models to comply with the various payer and state rules and regulations governing this mode of treatment.