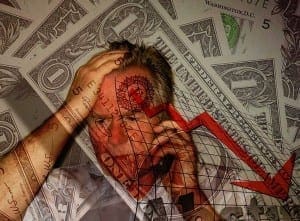 This week’s takedown by the Medicare Fraud Strike Force of 243 people nationwide should serve as a wake-up call to everyone in the medical profession.

The arrests, according to federal officials, were due in large part to the government’s increasing use of sophisticated computer programs designed to detect patterns of potential fraud – which in turn trigger investigations.

Among those swept up in the government’s latest crackdown were 46 doctors, nurses, pharmacy owners and other medical professionals. Florida, which has historically been the epicenter of healthcare fraud, not surprisingly accounted for 73 of the arrests, or 30 percent of the total number of people charged.

Medicare Part D fraud: Nearly 50 of the defendants were charged with fraud related to the Medicare prescription drug benefit program known as Part D, which is the fastest-growing component of the Medicare program overall, according to the Department of Justice.

The federal government is dedicating a significant amount of time and manpower to going after fraudulent healthcare activity. In this latest sweep, approximately 900 law enforcement personnel acted in concert to execute “a set of highly complex and highly coordinated law enforcement activities stretching across the country from Florida to Alaska,” according to the Department of Justice.

And, the efforts are far from over, according to U.S. Attorney General Loretta Lynch: “In the days ahead, we will continue our focus on preventing wrongdoing and prosecuting those whose criminal activity drives up medical costs and jeopardizes a system that our citizens trust with their lives. The Department of Justice is prepared – and I am personally determined – to continue working with our federal, state and local partners to bring about the vital progress that all Americans deserve.”

The Health Law Offices of Anthony C. Vitale stand ready to assist those who find themselves swept up into the government’s intensified efforts in the healthcare fraud arena. From the start of any investigation, we conduct confidential defense investigations designed to reduce or eliminate criminal and civil liability.

Our firm represents healthcare professionals in state and federal court who are charged with fraudulent billing, kickbacks, Medicare, Part D and Medicaid fraud and false claims, among others.

Ignorance is not a defense in today’s healthcare environment. Our team of highly skilled attorneys and consultants are here to help you before you become the focus of an investigation and will aggressively defend you should you become the target of one.