CMS to modify requirements for Meaningful Use 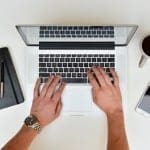 Bowing to pressure from physician groups, the Centers for Medicare & Medicaid Services (CMS), announced on Jan. 29 that it would amend its requirements for healthcare providers to meet meaningful use in the Medicare and Medicaid Electronic Health Record (EHR) Incentive programs.

Among the most significant of these changes is to shorten the Meaningful Use reporting period in 2015 to 90 days in order to reduce the reporting burden on providers, while supporting the long-term goals of the program, wrote Dr. Patrick Conway, deputy administrator for innovation and quality and chief medical officer for CMS in a blog post.

“The new rule, expected this spring, is intended to be responsive to provider concerns about software implementation, information exchange readiness, and other related concerns in 2015,” wrote Conway. “It would also be intended to propose changes reflective of developments in the industry and progress toward program goals achieved since the program began in 2011.”

Conway said CMS is working on “multiple tracks” and that this week’s announcement is “separate from the forthcoming Stage 3 proposed rule that is expected to be released by early March. CMS intends to limit the scope of the Stage 3 proposed rule to the requirements and criteria for meaningful use in 2017 and subsequent years.”

Since its implementation in 2001, CMS reports that more than 400,000 eligible providers have adopted or are meaningfully using EHRs. The program provides incentive payments to eligible healthcare providers as they adopt, implement, upgrade or demonstrate meaningful use of certified EHR technology.

In addition to the change in reporting time, Conway said CMS also is considering the following:

As we noted in a blog last year, many healthcare providers were having trouble reaching their meaningful use goals. At that time CMS reported that fewer 17 percent of the nation’s hospitals have demonstrated Stage 2 capabilities. And, fewer than 38 percent of eligible hospitals and critical access hospitals had met either Stage of Meaningful Use this year, highlighting the difficulty of program requirements.