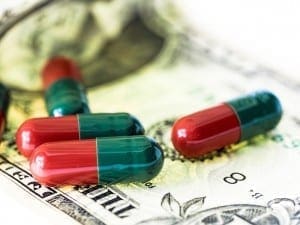 The Centers for Medicare and Medicaid (CMS) is proposing a new rule that could result in a new Medicare Part B drug payment model. Published in the Federal Register, the agency is proposing a two-phase model that would test whether alternative drug payment designs would result in a reduction in Medicare costs, while at the same time preserve, or even enhance, the quality of care for Medicare beneficiaries.

Under the existing methodology, expensive drugs receive higher add-on payment amounts than less expensive drugs, while there are no clear incentives for providing high-value care, including drug therapy. It’s hoped that under the new model providers would be incentivized to prescribe the most effective drugs and link payments to patient outcomes.

“We hope that the revised pricing will remove any excess financial incentive to prescribe high cost drugs over lower cost ones when comparable low cost drugs are available,” writes CMS. “In other words, we believe that removing the financial incentive that may be associated with higher add-on payments will lead to some reduction in expenditures during phase I of the proposed model.”

The first phase would involve changing a 6 percent add-on to Average Sales Price that is currently used to make drug payments under Medicare Part B to 2.5 percent, plus a flat fee. The payment for these drugs does not include costs for administering the drug to a patient (i.e. via injection or infusion). CMS would update the flat fee at the beginning of each year by the percentage increase in the consumer price index for medical care for the most recent 12-month period. Phase I would begin in late 2016, no earlier than 60 days after the final rule on the payment model.

The second phase would call for the implementation of value-based purchasing tools similar to those used by commercial health plans, pharmacy benefit managers, hospitals and other entities that manage healthcare benefits and drug use. It would have four parts:

Phase II would not be budget neutral and would begin no sooner than Jan. 1, 2017.

As it exists now, covered Part B drugs fall into three general categories:

CMS proposes a five-year demonstration that would be both mandatory and nationwide. It would be based in 7,048 Primary Care Service Areas (PCSAs) around the country. CMS has asked for comments on the proposed rule. Interested parties must submit comments no later than 5 p.m. on May 9.