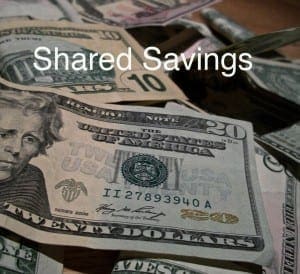 The recent news that Medicare Accountable Care Organizations (ACOs) generated net savings of $411 million in 2014 and improved in most quality measures is being hailed as a success by the Centers for Medicare and Medicaid (CMS).

These ACOs, which were established under the Affordable Care Act, are the center of the nation’s healthcare reform initiative.

To date there are 20 Pioneer and 333 Medicare Shared Savings program ACOs – since their establishment in 2012, some have dropped out while others have been added.

In 2014, 97 ACOs qualified to share in savings by meeting quality and cost benchmarks and combined saved more than $422 million. Fifteen of the 20 Pioneer ACOs (those with prior experience offering coordinated patient-centered care in an ACO-like setting) generated $120 million in savings in 2014. Of those savings, 11 Pioneer ACOs earned shared savings payments of $82 million. On the flip side, five Pioneer ACOS generated losses and three owed CMS shared losses of $9 million.

Of the 333 other ACOs, 97 saved a total of $806 million and earned $347 million in shared savings. Another 89 were able to reduce costs, but were not able to meet the minimum threshold to share in the savings.

When it comes to quality of care, the Pioneer ACOs increased their average quality scores to 87.2 percent in 2014, up from 85.2 percent. They improved an average of 3.6 percent compared to the previous year on 28 of the 33 quality measures and showed significant improvement in medication reconciliation; clinical depression screening and follow-ups; and HER incentive payment qualification. The average performance score for patient and caregiver experience also increased in five of the seven measures compared to the previous year, according to CMS.

What is the take away? “These results show that ACOs as a group are on the path towards transforming how care is provided,” CMS Acting Administrator Andy Slavitt said in a press release. “Many of these ACOs are demonstrating that they can deliver a higher level of coordinated care that leads to healthier people and smarter spending.”

What does this mean for healthcare providers? Although the program is voluntary those providers looking to form ACOs will need to determine if the potential for financial reward is worth the risk. As evidenced by the latest report, those ACOs unable to generate savings can lose money, or fail to generate enough savings to share in the pot.