CMS cracking down on fraudsters

Federal agencies are stepping up their efforts to go after providers who engage in healthcare fraud and abuse.

On Dec. 3, the Centers for Medicare & Medicaid services issued new rules designed to crack down on what the agency refers to as “bad actors,” as part of an effort to increase oversight of Medicare providers, as well as save taxpayers money.

The new safeguards are designed 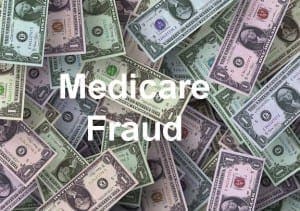 to prevent physicians and other providers with unpaid debt from re-entering Medicare, remove providers with patterns or practices of abusive billing, and implement other provisions to help save more than $327 million annually, CMS said in a news release.

CMS is using new authorities created by the Affordable Care Act to go after Medicare fraud, waste and abuse.

The new rules include the following changes:

CMS believes the crackdown will save $327 million annually.

Nearly 25,000 providers have been removed from Medicare and the new rules are designed to keep them from coming back.

Earlier this year, CMS issued a temporary moratorium on enrolling new home health agencies and ambulance suppliers in what it deemed to be seven healthcare fraud “hotspot” states including Florida.

Medicare providers would be well advised to make sure they are engaging in proper billing practices. Those who have been targeted by CMS should seek counsel for advice as to what steps they need to take or face the risk of losing their enrollment status.